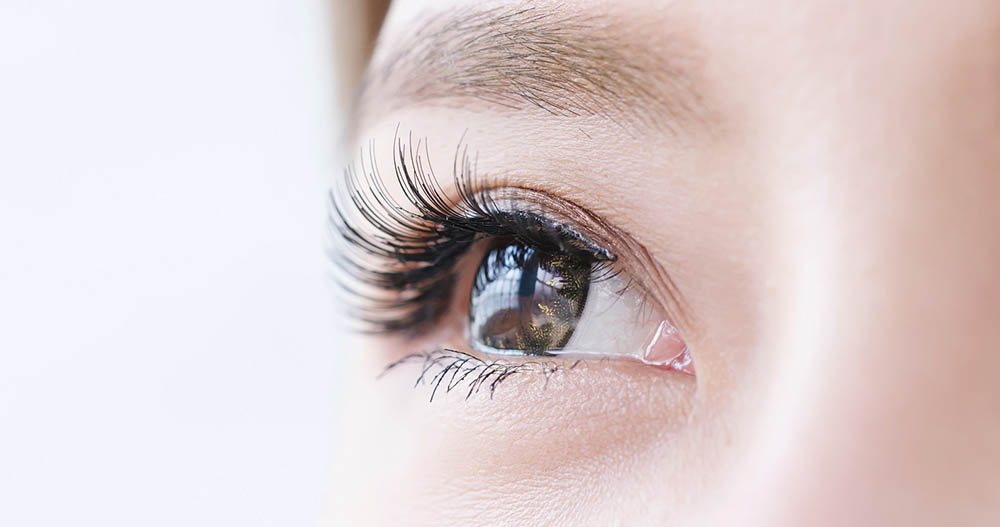 If you have experienced bad vision for most of your life, deciding to undergo laser vision correction is one of the most important decisions you can possibly make. You wouldn’t have to wear eyeglasses or contact lenses anymore and it will literally change your life.

However, even though LASIK and laser eye surgery has positively changed millions of lives around the world (including Singapore), there are still some people who feel hesitant because of the numerous myths and misconceptions about it.

In this article, I have written some of the most common misconceptions people have about LASIK and the real truth behind them. I hope that if you are still hesitant of LASIK and laser eye surgery, reading this article will change your mind about it.

TRUTH: LASIK is a type of laser eye surgery

LASIK was actually synonymous to laser eye surgery for a while, about 10 years ago. This is because it was the most widely known type of laser eye surgery, and alternatives were either not as effective or were still in the process of development.

So, what exactly is LASIK surgery, then?

LASIK stands for laser-assisted situ keratomileusis, which is a type of laser eye surgery wherein the surgeon uses a laser to reshape the cornea in order to improve vision.

The other category of laser eye surgery utilizes advanced surface ablation (ASA). Instead of creating a flap to give access to the cornea, these procedures utilize a process called surface ablation. First, a thin segment of the eye’s outer epithelial layer is removed. This, in turn, exposes the cornea, which is then reshaped using a laser. After the surgery, the outer layer will regenerate in a period of one to three weeks. Examples of ASA procedures include PRK, LASEK, epi-LASIK and TransPRK.

In summary, here are the two types of laser eye surgery and the steps they follow: 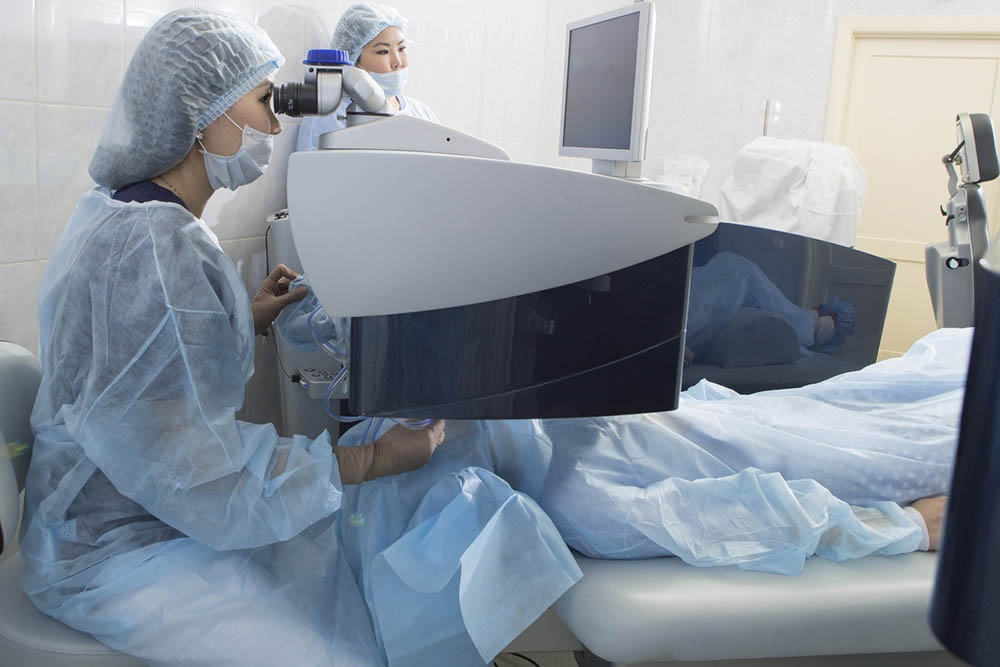 MYTH: The laser is hot

TRUTH: The lasers used during surgery is cold

You can blame TV and movies for this, as lasers are usually depicted as very strong energy sources, which you can associate to being hot. In fact, the lasers used during LASIK and other laser eye surgeries are actually cold.

There are also accounts of patients who claim to experience a burning smell during the surgery. This smell is actually caused by the laser releasing carbon atoms into the air, and there is really no need to worry about it.

In fact, the anaesthesia used for the procedure is just simple numbing eyedrops, which means there isn’t even any pain or discomfort in administering them! This is compared to other anaesthetics that have to be injected to be effective, which adds a layer of fear to people who are scared of syringes. These numbing eye drops are very effective and you will not feel any pain during the procedure.

There will be some discomfort when the anaesthesia wears off. Patients describe the discomfort as a “scratchy and watery” feeling. This eventually wears off though and will not be a big issue for most people.

TRUTH: Modern LASIK and laser eye surgery have lower risks of dry eyes compared to before.

Thanks to years of scientific research, doctors today understand what causes the eyes to dry after laser eye surgery. Even for LASIK surgery, which has the highest risk of dry eyes, steps are now undertaken by ophthalmologists to minimize this risk such as varying the direction and depth of the corneal flap.

Another step they can take is by not cutting a flap in the first place, which can be done through advanced surface ablation (ASA) procedures. In ASA, eye dryness is avoided because the cornea nerve endings are left untouched.

MYTH: There is a high risk of going blind when you undergo LASIK or laser eye surgery

TRUTH: LASIK and laser eye surgery has had no cases of patients going blind directly from it

LASIK and other laser vision correction procedures are very low risk, with success rates of up to 96%. There are cases where complications, such as infection, occur, but the chances are very low.

In the case of cornea flap-based procedures, the concerns usually stem from the creation of the corneal flap. This can easily be avoided by highly experienced doctors though so there’s a very small chance of complications occurring.

On the other hand, the main concern with ASA procedures is in the process of corneal hazing. However, with the application of anti-haze mitomycin eyedrops, this concern is immediately addressed and the chance of complications occurring is reduced significantly. I advise my patients to avoid exposing their eyes to sunlight (e.g., by wearing sunglasses) for the first few weeks of surgery as that can cause problems to the healing of the cornea.

MYTH: LASIK and laser eye surgery is not permanent

TRUTH: Laser eye surgery cause permanent changes to your cornea

LASIK and other laser eye surgeries directly change and reshape your cornea, and these changes are permanent. However, this does not mean that you will never need eyeglasses or contact lenses ever again.

MYTH: All laser eye procedures have the same outcome

TRUTH: There are many types of laser eye surgeries and they can have different outcomes 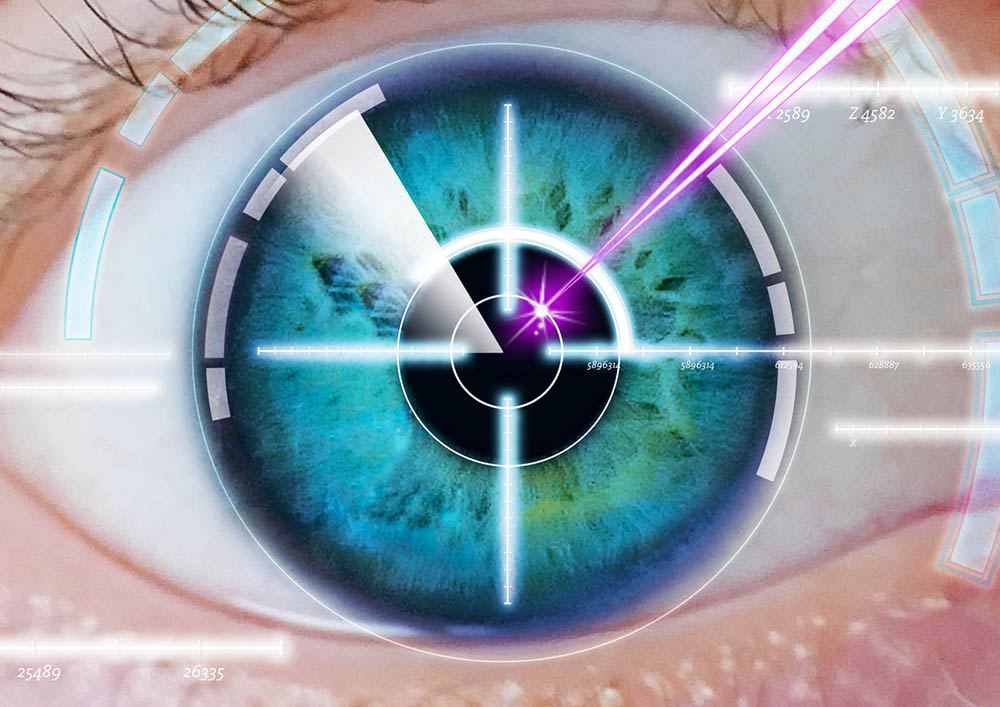 Since there are different types of laser eye procedures to choose from, it is only logical to think that each of them has its own advantages and disadvantages over the others. To make it simpler to understand, I will highlight the differences between the two categories of laser eye surgeries – corneal flap-based procedures (LASIK and ReLEX SMILE) and advanced surface ablation (ASA) procedures (PRK, LASEK, epi-LASIK and TransPRK).

Listed below are the advantages of each of the categories:

As with any surgical procedure, the most important contributing factor to the outcome of the procedure is the skill of the surgeon. Thus, it is important that you do your research before you decide on the ophthalmologist who will perform the surgery. Determine the doctor’s experience and reputation among his peers and his patients and don’t rush into your decision.