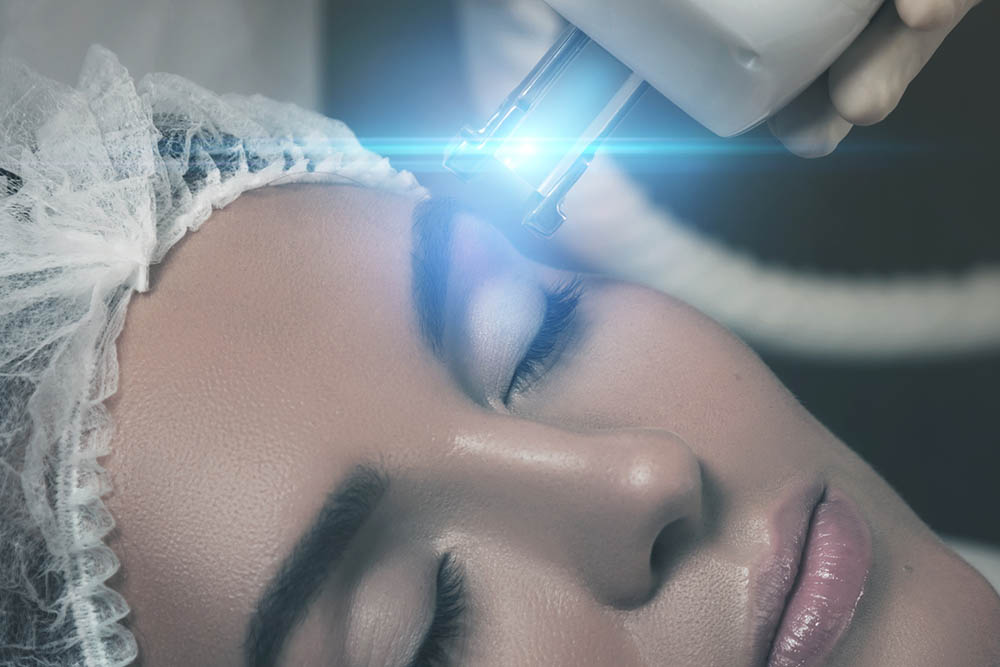 Have you ever looked in a mirror and noticed tiny flecks of skin discolouration peppered on a certain area of your face? Don’t worry, you’re not turning into a Dalmatian. These spots are symptoms of a skin condition called pigmentation.

One component of the complex organ called our skin is melanin. Melanin is responsible for producing the skin’s pigment. When affected by various factors, such as extreme sun exposure or genetics, melanin can be triggered to overproduce pigments. This causes certain parts of the skin to appear darker than others.

There is more than one type of skin pigmentation, varying in shape, colour, and sizes. My patients commonly ask me whether or not skin discolouration can be hazardous. The answer? It depends. Some can be harmless, while others can actually be a symptom of skin cancer. The following are the common types of pigmentation: 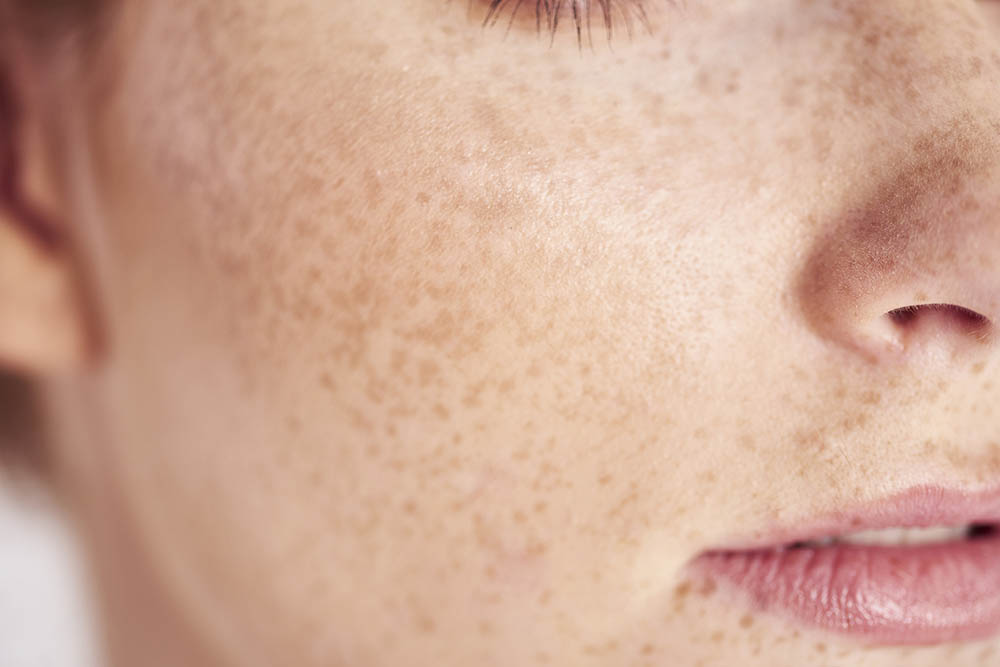 Tiny spots that are brownish in the colour that forms on the skin exposed to the sun are called freckles. Often they may be found on the skin beneath the eyes and over the nose bridge.

Brownish patches that are proportioned in shape found on the face are called melasma. This type of skin flaw affects women mostly and those with darker skin tones. Melasma has several causes aside from sun exposure. This includes changes in hormones and pregnancy.

What Is Post-inflammatory Hyperpigmentation?

What Are Solar Lentigos?

Another name for solar lentigos is age or sunspots. Solar lentigos usually develop on the skin in the middle part of adulthood. This can be identified by its shape and size. The shape of solar lentigos is more distinct and they are bigger in size when matched up to freckles. Aside from the face, solar lentigos may also form on other areas that are exposed to the sun, like the upper limbs of the body.

What Are the Treatments Available to Remove Skin Pigmentation?

These are the Q-Switched Nd:YAG Laser and Pico Laser.  I know, they sound more like something out of a Star Wars film than cosmetic treatments. I’ll try to demystify them for you here.

What Is Q-switched Nd:YAG Laser?

Q-Switched Nd:YAG Laser is one type of laser that releases light beams in pulses per nanosecond. When focused on a targeted area of the skin, the beams work to destroy the overproduced pigments into smaller particles. These particles is then absorbed by the body and released by the immune system as waste. This type of laser is highly recommended for pigmentation removal.

What Is Pico Laser?

The Picosecond laser is the latest type of laser to be included in the list of effective equipment used by the majority of doctors for skin pigmentation removal treatments.  It was originally created to be used for tattoo removal. It was soon discovered that this laser is also effective when used to banish melasma.

Q-switched Lasers Vs. Pico Lasers: Which Is Much Better for Skin Pigmentation Removal?

Below are the skin pigmentations that Q-Switched lasers can remove with ease:

On the other hand, melasma is a type of skin pigmentation that a Q-switched laser has no power to overcome, even with consecutive treatments and bleaching creams.

Some patients have come to my clinic having this problem. Melasma is very difficult to treat. When treatments have commenced, improvements may take a longer time to be seen. If indeed, it becomes obvious, results are very minimal. Due to the extent of the period spent on treatments with less to no results, other patients opt to abruptly stop their treatments. When this happens, one can expect a melasma relapse. Some patients religiously return to their doctor’s clinic for monthly maintenance of Q-switched laser treatments.

As an experienced doctor in this area, I would highly discourage using either of these treatments for melasma.

What Is the Best Treatment for Stubborn Melasma? 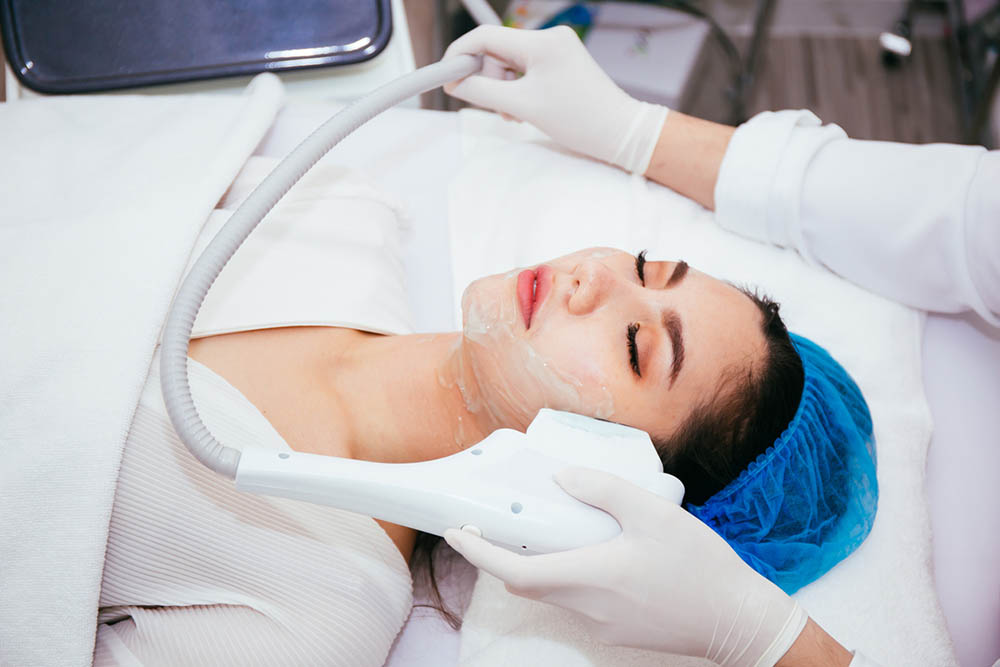 A Picosecond laser originating from Korea was recently released to focus on the removal of melasma. A sample of which is Lutronic PicoPlus.

Picosecond lasers release shorter laser beams in picosecond pulses (10 times faster than nanosecond laser). With this kind of feature, Picosecond lasers ensure that the healthy tissues surrounding the damaged skin are left without blemish. There are minimal risks of possible hyperpigmentation.

Here is a quick comparison of Q-Switched Laser and Picosecond Laser.

Is It Advisable to Proceed to Use Picosecond Lasers Directly in Treating Stubborn Skin Pigmentation Like Melasma?

Personally, I find that using both lasers in a melisma treatment course is the right way to go. Q-Switched lasers are a big help in breaking up pigmentation patches that are huge in size into smaller portions. Once that is accomplished, the Picosecond lasers now destroy the remaining pigments into smaller particles, which then seep into the skin and processed by the body to be released as waste. This type of technique has been developed by top laser dermatologist in South Korea and is used by trained doctors when dealing with melasma cases that are more complex.

I hope this article has enlightened you about the two lasers that are used when treating skin pigmentation. The bottom line of this article is to show that both of the lasers have their own unique features and are able to treat different types of skin pigmentation well. When used together, they can be an effective team to treat stubborn conditions such as melasma.