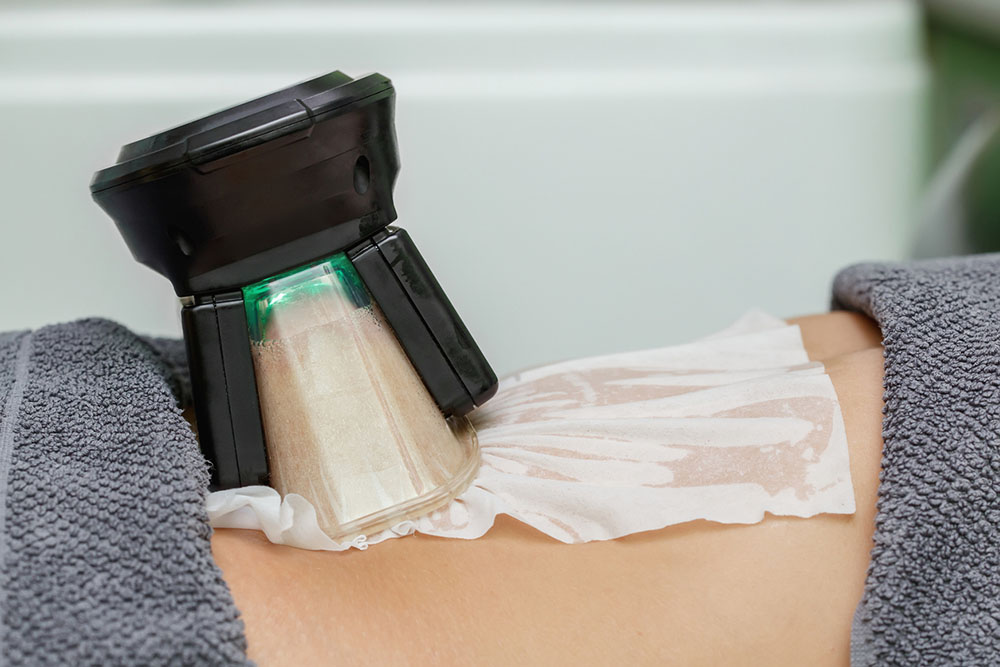 Weight gain is generally viewed as a bad thing by most people. Not only does fat negatively affect your appearance, but it has a variety of negative health implications as well. However, many people struggle with getting rid of fat, as it is not always possible to stick to a strict diet and work out at the gym every day.

While these are often the most commonly recommended weight loss strategies, there is no way to use these methods to target specific areas of fat to burn off. Some people want to reduce fat specifically on their arms, but dieting and exercising might instead reduce fat in the breasts or buttocks, which is not the desired result at all. Even with diet and exercise, some areas of your body might still retain unwanted fat, even if you lose weight overall.

As a licensed aesthetic doctor who has prescribed fat freezing as an aesthetic solution since 2017, I’ve seen many sceptical patients go through this procedure to attain almost miraculous results. The credit goes to the revolutionary CoolSculpting technology. This technology dissolves fat tissues in specifically targeted areas, making sure you lose the fat you want to get rid of and keep the fat where you want it.

Dieting and exercising reduce the size of fat cells in the body, but they do not actually get rid of any fat cells. This means that if you have a particular problem area, such as thick thighs, you might not be able to address that completely with diet and exercise.

This is where CoolSculpting’s fat freezing technology comes in. This technology will actually reduce the amount of fat cells in a specific area. This means that even if you gain weight after the procedure, you won’t gain as much weight in those particular areas as much as if you had lost the weight through diet and exercise.

Fat freezing is also called cryolipolysis, and it is a non-invasive procedure that involves applying cold temperatures to the regions of the body where you want to reduce fat. The low temperatures are targeted specifically at the fat cells, so they do not damage the skin and tissues around them. When frozen, the fat cells die off and the body then naturally disposes of them, permanently eliminating them from that area.

The result of this procedure is long-lasting because the fat is actually destroyed rather than just shrunk. CoolSculpting can reduce the amount of fat cells in the specified area by 20 to 25%.

Why choose Fat Freezing over other fat removal procedures? 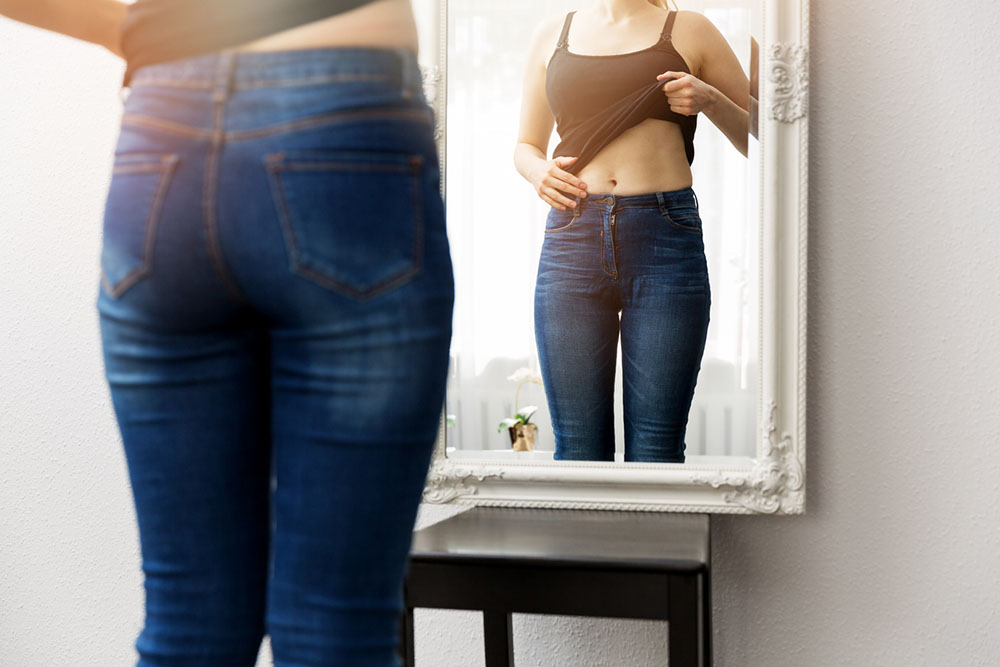 Fat removal is one of the most highly desired procedures and patients commonly ask me what the best option is. In my professional opinion, there are many good reasons to pick fat freezing as a modern fat elimination solution over the more traditional procedures. Below are a few of the other options and how they match up to CoolSculpting’s fat freezing technology.

Advantages of fat freezing over this method: While laser liposuction does have a faster recovery than traditional liposuction, it is still an invasive, surgical procedure involving incisions, which fat freezing does not require.

Advantages of fat freezing over this method: This method can involve a lot of pain for the patient as the ultrasound waves heat the fat cells greatly, and the pain only increases as the intensity of HIFU is increased. Fat freezing, however, numbs the target area and is rather more relaxing than HIFU.

Advantages of fat freezing over this method: Not only have studies shown high variance in results, but some studies also have shown that LLLT is not effective at reducing abdominal fat. Fat freezing, on the other hand, has been studied extensively and is well known to provide good results.

Advantages of fat freezing over this method: Just like HIFU, RF fat reduction produces greatly varied results and the effectiveness is not guaranteed. Fat freezing is much more consistent and likely to provide the desired results, as well as provide more precision for the final shape of the body.

Do I qualify for Fat Freezing?

I generally would not recommend Fat Freezing to any patient who is suffering from severe obesity, as the fat loss is much more targeted. A surgical procedure like a gastric bypass would be more useful to an obese person looking to lose weight.

Fat freezing is best for those who have small areas with unwanted fat bulges. It is a great procedure for people who want to reduce the fat in those areas without having to undergo surgery as with liposuction.

CoolSculpting is most commonly used in Singapore to treat fat in the thighs, abdomen, back, buttocks, upper arms, and submental (double chin) area.

What to expect before the procedure?

Before undergoing fat removal with CoolSculpting technology, I highly recommend you consult a doctor beforehand. With them, you should discuss your personal goals and desired results, and they can help tailor the process to fit your needs. They will determine which areas to target and estimate how many sessions of treatment you will need to achieve your best results.

On the day of your treatment, you will have a body fat “pinch test” done by your doctor to determine the fat composition of your body. They will likely also take “before” photos so that you can compare and document your progress throughout treatment.

CoolSculpting is FDA-approved in the United States and is completely safe and effective in Singapore.

What should I expect during the procedure? 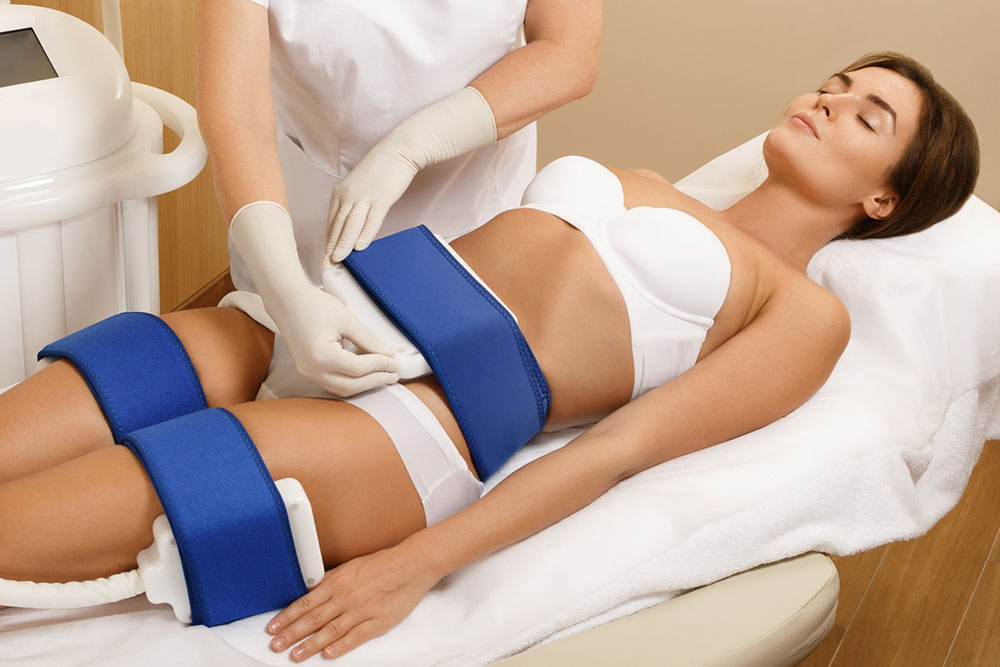 As this is not a surgical procedure, you will not be placed under anaesthesia and no incisions will be made. The CoolSculpting technology involves placing a gel pad and applicator to the target area, which freezes the fat cells to be removed. This results in a feeling of significant cold, but this only lasts for five to ten minutes before numbing sets in. The applicator can also sometimes create a pulling, tugging, or pinching sensation, but this discomfort is minimal.

This process usually takes about 30 to 70 minutes, so patients are invited to relax, read a book, or use their cell phones during the procedure. Depending on the area being treated, the process may require more than one session, and sometimes more than one area can be treated during the same session.

Afterwards, the treated region will be red and slightly swollen, but this is only temporary and will fade away shortly.

Because this procedure is not surgery and it is non-invasive, there is little to no recovery time required after treatment.

When should I expect results?

Patients often complain that results are not instant. My advice: be patient! The CoolSculpting technology freezes and kills the fat cells, but the body needs to remove the dead cells on its own, which will take some time. You should start seeing changes after three weeks, but your body will continue disposing of fat cells for up to six months after the procedure. After six months of your body slowly changing, you should see your final and desired results.

Do I need to do anything post-procedure?

There is no aftercare needed following fat freezing, so you don’t need to worry about a special diet or exercise routine. Of course, to all my patients that undergo fat removal, I will always stress the importance of eating healthy and implementing exercise into your schedule, to prevent future fat build up in other areas of your body.

Even though the procedure is not invasive, I usually require my patients do come in and do a followup check two weeks after to make sure there are no complications or side effects, and to make sure you are on track to see the desired results.

How much is it going to cost?

One session of CoolSculpting in Singapore is priced at around $500 to $700. You might need more than one session, which you can determine during a consultation with your doctor.

This non-surgical, non-invasive fat freezing process is becoming one of the most popular fat elimination procedures in Singapore, with many pros and few cons. Most patients are very happy with the process and with their results. Due to having no recovery time and it being painless, I would recommend this procedure to any patient that doesn’t want to go under the knife.