Looking for a painless Rosacea treatment? A doctor’s advice on what to do

Home » Face » Looking for a painless Rosacea treatment? A doctor’s advice on what to do 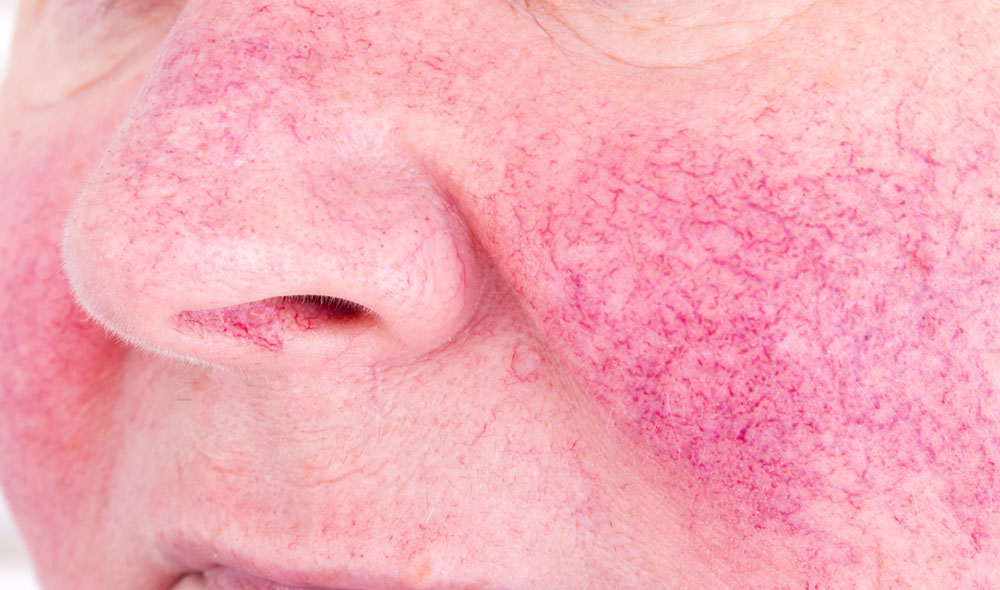 Naturally pink cheeks are a sought-after attribute, but not when they are marred by acne, irritated skin, or spider veins, such as in cases of rosacea.

Rosacea is most common for people descended from European, particularly Celtic, origins. However, it can also affect Asian individuals. Over the last decade, I’ve had patients from all different demographics and skin type come to me for their Rosacea; no particular racial group is immune to it.

Rosacea is easier to spot on people with fair skin. It appears as redness and sometimes splotchy patches, as well as other types of skin irritation. Darker skin tones often mask the symptoms of rosacea, so it is less commonly reported, but it can still affect people with darker skin. Here’s my professional take on what people who think they have rosacea should look out for, as well as what can be done to alleviate their condition.

This skin condition is unfortunately chronic and causes inflammation, itchiness, prickling, and redness on the skin. Patients suffering from rosacea sometimes also commonly report feeling hot, and the presence of pustular acne. It’s more often seen in women than in men, and it usually appears in patients over 30.

What can cause rosacea?

Many things can cause rosacea. The most common culprits include:

Consuming a lot of alcohol frequently over a long time can lead to the development of phymatous, which is extra tissue, and is one symptom of rosacea. Alcohol can also make the imbiber appear red in the face, which can cause a rosacea flare-up.

The body’s immune system fights off disease by making antibodies to kill harmful bacteria. However, some disorders cause the immune system to over-produce antibodies, which can cause cells to attack each other and result in skin conditions like rosacea. 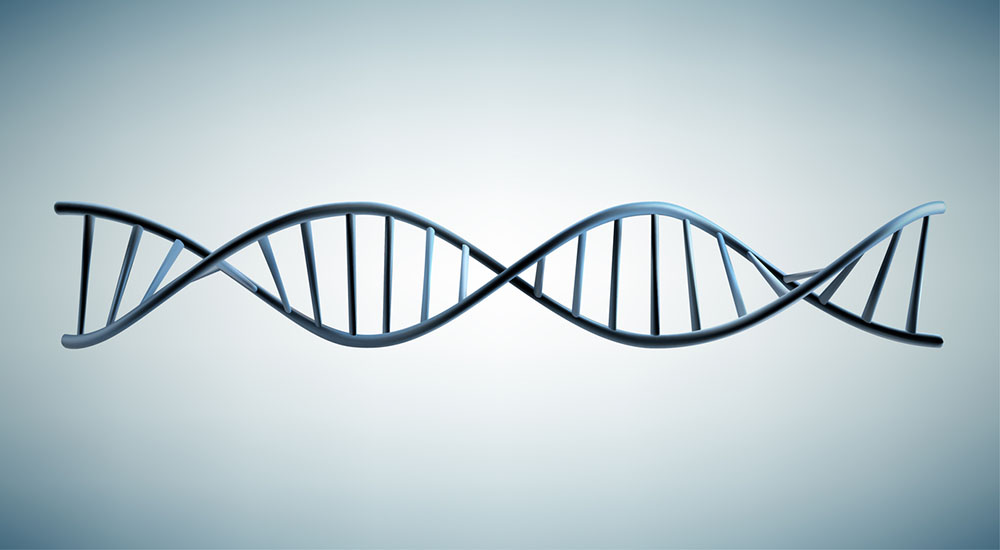 Rosacea has been said to be a hereditary condition, passed on from parent to child. However, there is yet no evidence that suggests it is actually the result of a genetic abnormality, so this topic needs to be researched more before an authoritative statement can be made.

Everyone knows that UV radiation from the sun can cause skin damage, but many don’t know that one type of damage the sun can do is result in rosacea. Even on a cloudy day, the UV rays can still penetrate to the earth’s surface and attack unprotected human skin. UV rays cause skin reddening and spider veins, both symptoms of rosacea.

While some of these are out of the patient's hands, many of the common causes for Rosacea can be mitigated by the patients themselves. I’ve had many patients who cut back on alcohol consumption and make slight changes to their diet and report a hugely positive change within weeks.

What are the symptoms of rosacea?

As has been mentioned, rosacea has many symptoms. While many of them resemble the symptoms of acne, the two should not be confused, as they are different skin conditions.

The most noticeable symptom is usually the general redness of the face. This is most obvious on the chin, cheeks, forehead, and nose. This colouring can often be temporary, appearing and disappearing depending on exposure to triggers. Redness is not always caused by rosacea, but when it is persistent and often appears in association with known triggers it is likely a sign of rosacea.

Many of my patients mistake acne for Rosacea and end up using acne treatments on their skin, which can actually make a condition like rosacea much worse. Acne treatment often causes dry skin and more irritation, so if you’re actually suffering from rosacea, it just exacerbates the situation. In my professional estimation, it is always best to visit a dermatologist to confirm a diagnosis before deciding to self-treat.

Another symptom of rosacea is called rhinophyma, or “strawberry nose”. This is when the nose swells and the tissue thickens, making the nose appear bulbous and red, like a strawberry. It is often caused by pustular pimples.

Spider veins are another common symptom of rosacea. These are damaged blood vessels on the surface of the skin that appears blue or purple in colour and spread out in little “legs”, thus looking a bit like spiders. These are not harmful or painful in themselves, but they are often unappealing to look at and are a sign of underlying problems associated with rosacea.

Rosacea doesn’t just affect the skin of the face, but it can also affect the eyes. Rosacea can make the skin around the eyes swell and itch, and appear very red.

Outside the causal factors, many things can trigger rosacea, so if you suffer from this condition you should avoid the following things:

Unfortunately for many women, another trigger of rosacea is menopause, which cannot be avoided like the above triggers.

No, rosacea is not contagious. Don’t be afraid to leave your house; it’s your condition to deal with and has no medical implications on people you meet.

What areas of the body does rosacea affect?

This condition usually affects the face, specifically the cheeks, eyes, forehead, chin, and nose. The pores on the face are often enlarged in cases of rosacea. While it is less common, rosacea can also appear on other parts of the body other than the face, such as the neck and chest.

Is there more than one type of rosacea? 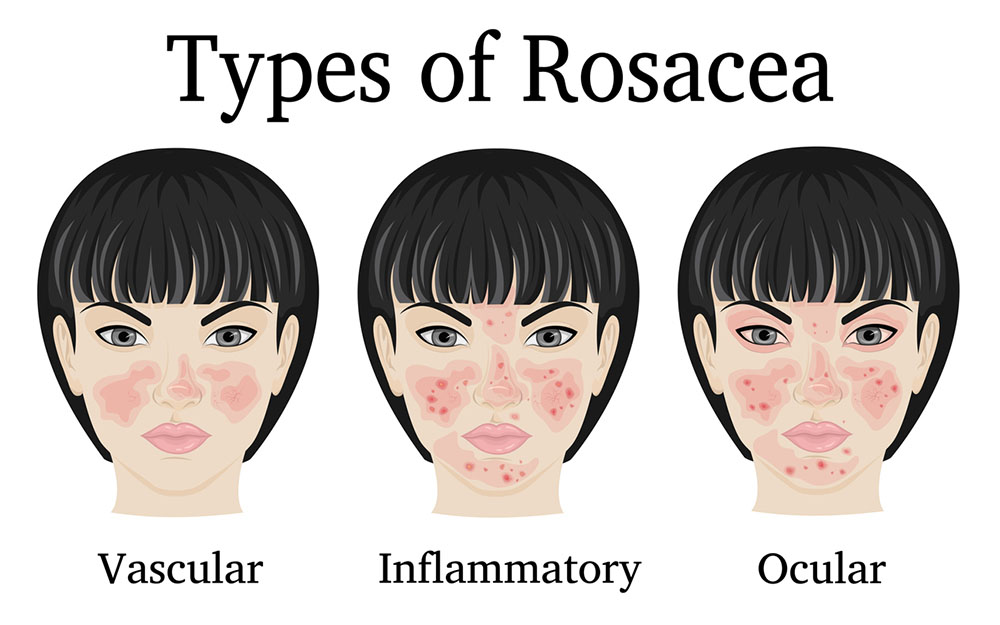 There are many types of rosacea, and each should be treated differently. While I won’t bore you with the finer details, I will try and briefly describe each type and it’s symptoms.

Is there a permanent cure for rosacea?

There is no permanent cure for rosacea. There are, however, many ways to treat and control the symptoms of rosacea using medications and skin treatments. Each type of rosacea will need to be treated differently, so it’s imperative to consult with a dermatologist to determine the best course of action for rosacea treatment. As I previously stated, many of my patients have shown positive results through simply avoiding many of the Rosacea triggers listed above.

What treatments are available for rosacea?

As stated above, the treatment will vary depending on the type of rosacea and the general skin type of the patient. Do not attempt to self-treat or take medication without consulting a medical professional. The table below describes some of the treatment options for rosacea:

When should I consult a doctor?

Patients should go to a dermatologist when they see symptoms of rosacea appearing often or for a long period of time. Putting off treatment can make the symptoms worse, so it is important to seek medical advice as soon as you think you might have rosacea. Do not try to self-treat rosacea, as this can make the condition worse.