Mole Removal in Singapore Can Be Dangerous - Aesthetic Doctor Reveals 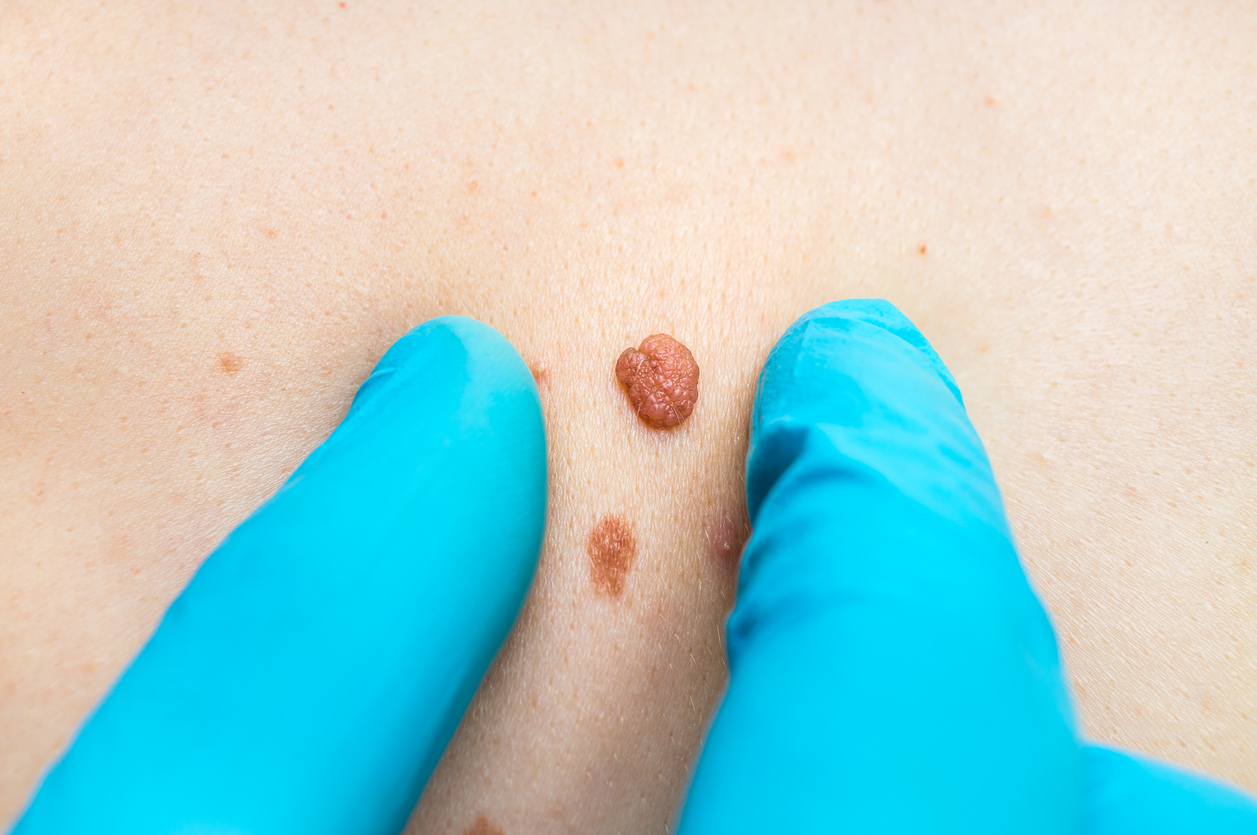 Moles, those ubiquitous dark spots, are so common that we often ignore them, especially when they appear on our backs, upper arms, or other areas commonly hidden by clothing. When they become too visible, though, moles can blemish otherwise clear skin, affecting our appearance for the worse. Singapore’s sunny climate contributes to a greater-than-average incidence of moles, but specialists are readily available who can remove moles wherever they appear.

Before committing to mole removal, patients should be aware of a few important facts.

Moles Can be Dangerous

Whether benign or malignant, all moles are caused by concentrations of melanin, produced by melanocytes. These cells act as natural sunscreen, protecting deeper layers of the skin from sun damage. They are naturally prone to gathering together and forming the occasional mole, and for this reason most people are barely more concerned with a mole or two than they are with a few freckles. 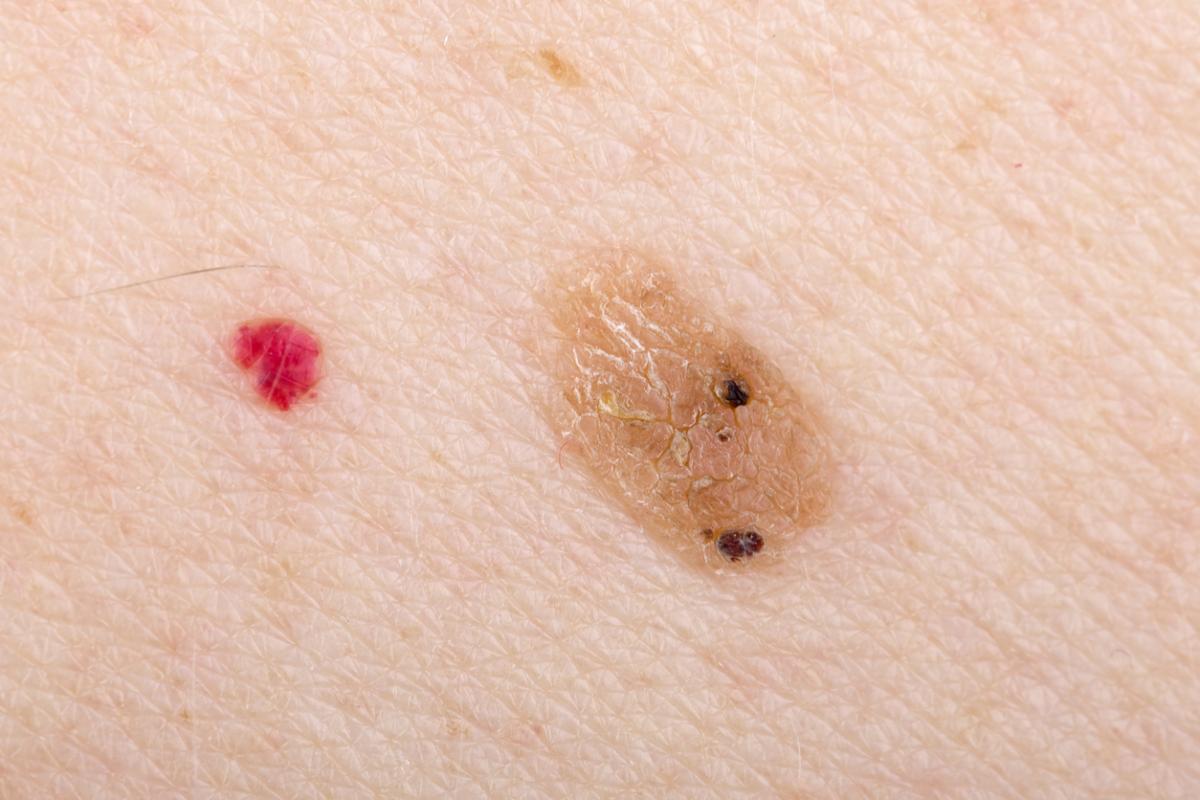 In rare cases, though, moles can indicate serious conditions such as melanoma. To help distinguish benign moles for ones that might be signs of skin cancer, physicians have developed the ABCDE Rule.

A is for asymmetricalness. Pre-cancerous moles tend to be irregularly shaped.

B is for border. This follows from asymmetricalness: a benign mole’s border tends to be well defined and regularly curved. Moles whose borders do not form a smooth curve, or that seem to bleed into the surrounding skin rather than ending in a sharp boundary, may be signs of trouble.

C is for color. Harmless moles tend to consist of a single color, even if that color is tan, blue, red, or pink. When a mole features more than one color, it is likely more than just an innocent collection of melanocytes.

D is for diameter. Benign moles tend to be small, less than a quarter of an inch across. Cancerous moles usually grow much larger. Because malignant moles usually start out as smaller, seemingly innocent ones, it is important to keep track even of any significant mole, and to compare each mole’s size over time.

E is for evolution. Any significant change to a mole—not only its size but also its color, shape, and height—may be a sign that it has become malignant. Moles may also begin to present symptoms of their own, such as irritation and itchiness. Any change in a mole should be investigated by a physician.

If a mole meets enough of these criteria—in some cases when it meets just one—a specialist may recommend its removal.

Patients Should Check Their Moles Once a Month

The easiest way to identify potentially dangerous moles is to observe them over time and note any changes. This is especially important for parts of the body that are regularly exposed to sunlight: most skin cancers develop in these areas.

A once-a-month self-examination is sufficient. Patients with relatively few moles may use a full-length mirror, perhaps supplemented by a handheld mirror, to observe moles on the back and neck. Patients with many moles often take photographs of the appropriate areas, always from the same angle, and compare them rather than making a quick visual assessment. 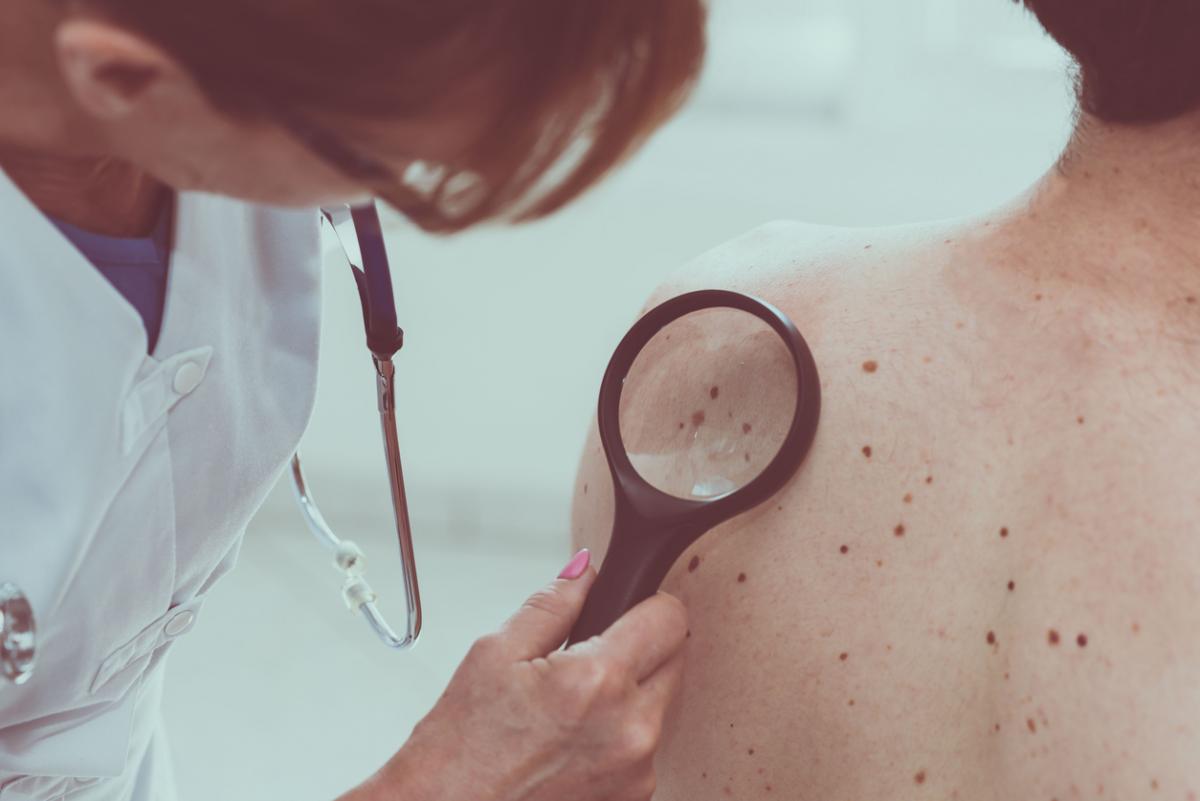 In all cases, patients should ensure that they examine their moles from consistent angles, and always in a well-lighted space.

While some clinics offer mole removal as a cosmetic procedure, anyone considering such surgery should first consult a dermatologist for a full examination. While a clinic may be able to perform a perfectly successful procedure, its staff may not be able to fully evaluate a patient’s skin, and may miss opportunities to diagnose serious conditions related to the moles in question.

Shaving is best for moles that protrude significantly from the skin’s surface. First a local anesthetic numbs the mole and surrounding tissue. Then a surgeon shaves the mole down to the skin’s surface using a fine scalpel. Because the mole receives blood like other skin tissue, some bleeding results from any shaving procedure; this is controlled with simple pressure and medication.

Punch biopsies are appropriate for smaller moles. As with the other procedures, a local anesthetic first numbs the mole and surrounding tissue; in the case of biopsies, this anesthetic is injected, not applied topically. The physician then uses a special tool, something like a miniature hole saw, to remove a small cylindrical section of tissue including the mole and some underlying layers of skin. The result may require stitches, and is otherwise treated with a bandage and allowed to heal. This approach may lead to a bit of scarring when the incision site heals completely.

Excisional biopsies are indicated for larger moles that do not stand proud of the skin’s surface. As with punch biopsies, an anesthetic is first injected near the mole to numb it and the surrounding tissue. Using a scalpel, the surgeon then cuts deeply enough into the skin’s surface to remove the entire mole, usually excising the dermis and at least some of the skin’s fatty layer as well. Smaller moles may heal on their own, the same as a minor cut sustained in the kitchen. Larger moles require stitches. As with punch biopsies, the affected area is bandaged, and may develop a scar when fully healed.

Surgical mole removal can cost $250 to $400 per mole, and not all practices or clinics offer every single approach. The wise approach to mole-removal surgery begins with a consultation with a qualified dermatologist, who will be able to advise on the most effective surgical method for each patient.

Patients who wish to remove flat, benign moles may eschew surgical procedures in favor of laser treatment. This should only be done after a full consultation with a certified dermatologist: lasers cannot reach deeply enough under the skin’s surface to completely remove deeply seated moles, which also tend to be the most dangerous.

As with most other procedures, laser removal begins with a local anesthetic. A laser then heats the mole, destroying the melanocytes that produced it. During the procedure, patients typically report nothing more than a minor tingling sensation. Most moles require two or three laser-treatment sessions before they are completely destroyed, with two months between sessions.

When the procedure is complete, the mole’s pigmentation is significantly reduced, but some melanin usually remains. Because the mole itself has been removed, this melanin floats freely in the skin, and is cleared away over the next few days by the body’s natural processes. During this time, a scab may form on the treated area, but scarring almost never results from laser treatment, especially if the affected area is kept away from direct sunlight for a few weeks following the procedure. 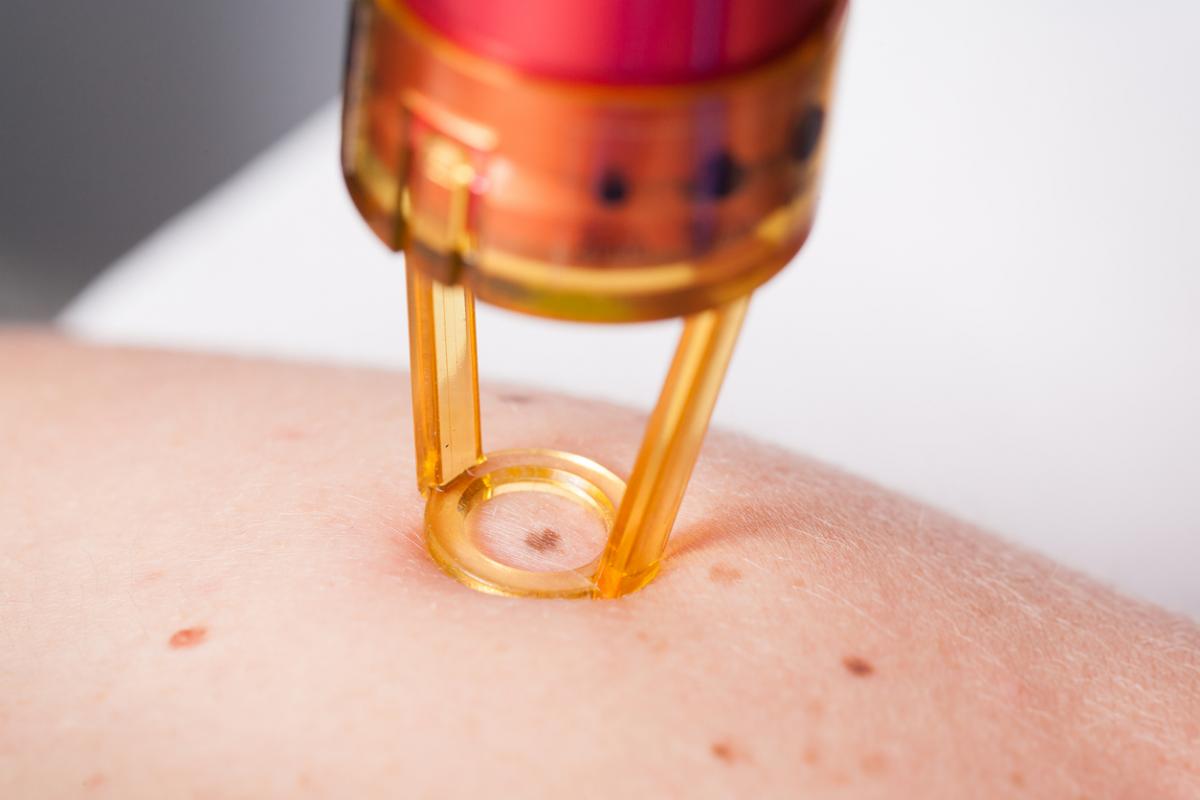 Unlike surgical methods, the cost of laser mole removal is directly tied to the size of each mole. Treatments therefore run a wider range of costs, typically running from $150 to $400 per session.

Home remedies for moles have certainly been around longer than biopsies or laser treatment, which testifies to their relative safety. The biggest danger associated with such homespun approaches is the lack of proper diagnosis: like a laser treatment offered by a skin-care clinic, a home remedy addresses the immediately visible problem without allowing a qualified physician to look for deeper problems.

That said, some time-tested home remedies include:

Again, as long as they do not prevent patients from having their moles fully examined by properly certified dermatologists, these examples of folk wisdom don’t pose any real threat…except, perhaps, to peoples’ noses.

All of the treatments described here are available in Singapore. With a bit of research, patients wishing to address their moles can get lasting results, delivered by reputable professionals. The most important step in the process occurs before a single mole is removed: anyone wishing to remove a mole, even for aesthetic purposes, should first arrange for a complete examination by a dermatologist.