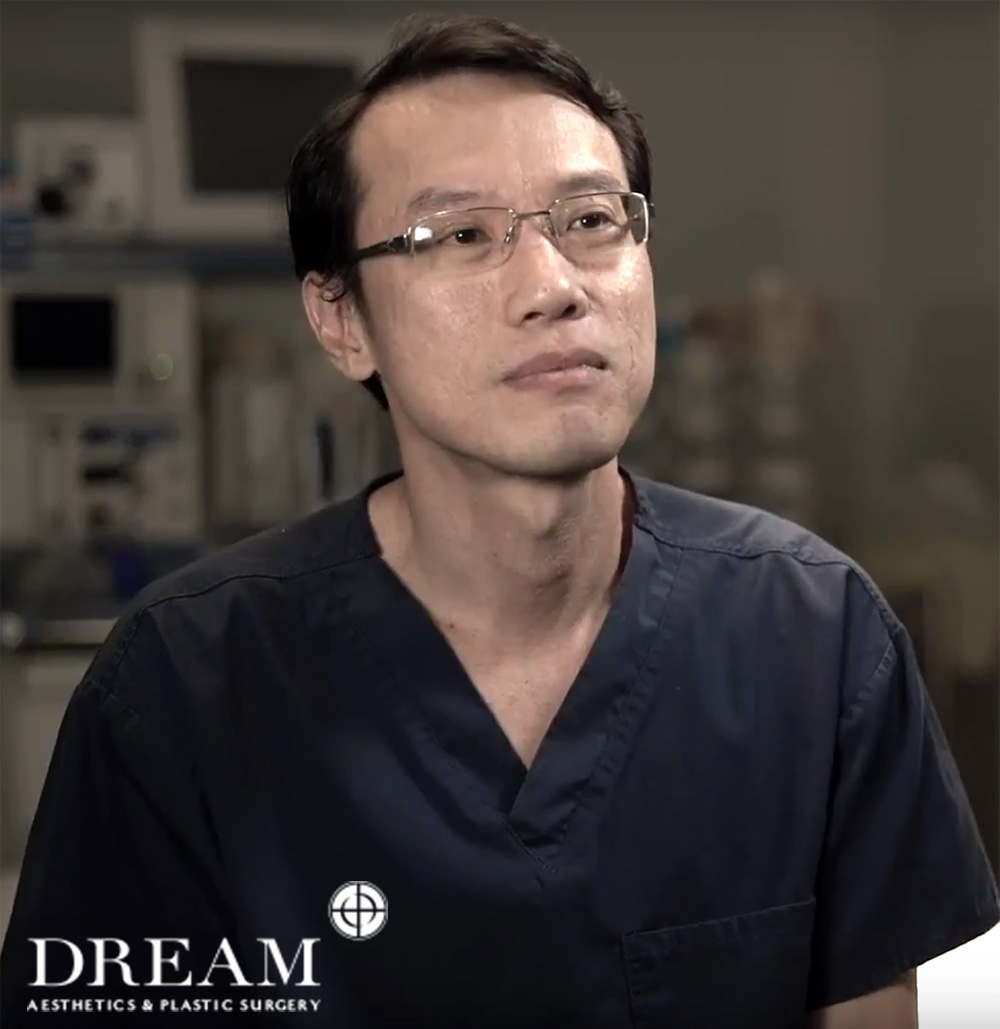 About a year ago, I began to look for a cosmetic surgeon to correct my crooked nose that I got from an accident back when I was younger. I had difficulty breathing since that incident and had to go on living with a blocked nostril on one side of my nose. This got me thinking whether to have my nose job performed by an ENT or a cosmetic surgeon.

I know for a fact that an ENT surgeon can do the job correcting my breathing problems, but I wasn't really certain if the aesthetics side could be taken cared of while a plastic surgeon can do the opposite. So, I did my research and consulted with different surgeons from the two fields. After a thorough consultation, I chose to get my rhinoplasty procedure done at Dream Plastic Surgery by Dr Por Yong Chen.

During my consultation with Doctor Por, I informed him that I want my crooked nose corrected. I also wanted to know if a lump on my nose bridge can be removed since I am taking surgery into consideration. He began by examining the bridge of my nose which was a bit crooked. After just a few moments, he was able to figure out the problem and demonstrated it to me.

By just slightly pushing and adjusting the position of my nose, I was able to breathe better compared to before. According to his findings, there was a narrower opening on one side of my nasal airway, which was caused by my crooked nose bridge. This explains why I always feel like my nose is blocked.

On his drawing board, Dr Por showed to me the problem with my nose structure and why I had difficulty breathing properly. He then explained to me what he was about to do to correct the problem. Thanks to his drawings, I was able to easily understand my condition and his plans for the procedure. It was reassuring for me that he showed confidence in what he’s going to do and that I will be in good hands. After addressing my breathing problems, he then asked me the exact changes I wanted aesthetically. I told him that I wanted to remove a bump on my nose bridge and that there shouldn’t be any extreme changes if possible.

He proceeded to take some pictures of me and showed me a simulation of my nose’s appearance after the procedure. He showed me a couple of different results and recommended to raise my nose tip slightly for a much better appearance. In the simulation, he showed me a comparison of my original photo and the exact appearance that he recommended, and I was very pleased since it fits what I wanted. The changes looked natural and weren’t drastic that I looked like a different person.

For me, the most important thing is that Dr Por was able to understand exactly the results that I wanted to achieve, and we were both able to come to an agreement with regards to our expectations for the procedure. Overall, my consultation with Dr Por gave me confidence that he will be effective in correcting my breathing problems as well as giving me the look that I wanted.

When the day of the surgery finally came, Dr Por and his medical team come up to me in the waiting room and gave me a review on what to expect during and after the procedure. They were very professional and answered all my last-minute questions before they directed me to the operating room.

I was really nervous on the way to the operating room since this was my first ever major surgery. Thanks to the nurses and their jokes, I got distracted and stopped overthinking on what was going to happen. I was very appreciative of them because it showed that they really cared for their patients.

The next thing I remembered was waking up after the surgery and not feeling any discomfort. I was surprised to feel fine because I thought there would be some vomiting, light-headedness or pain. I was scared during the recovery period since I thought it would be a painful experience, but it was far from it. In the next couple of days, I experienced some swelling and pain, but they were only minimal and were completely tolerable.

Throughout the first few weeks of recovery, the nurses followed up on me closely and tracked my progress. After about a month, the results finally settled, and I was overall pleased with the way my nose looked. The bridge of my nose was finally straightened, and I could breathe normally again after a very long time. My nose was completely healed and was very natural-looking. There weren’t even any visible scars at all! The changes weren’t too obvious, and I still looked very much like myself.

Here are some photos of my nose before and after my rhinoplasty procedure by Dr Por:

Once again, I am very grateful to Dr Por and his medical team for a job well done. I had a very good experience considering that this was my first major surgery. I’m very happy I chose the right doctor and clinic because I loved everything about my new nose!